This weekend we head north for the 4th round of the British Superbike Championship at Knockhill Racing Circuit, Scotland’s National Motorsport Centre. It should be a great weekend of racing, but as a circuit that Rispoli has yet to ride, its going to be a tough challenge for him!

After contesting the North West 200 and the Isle of Man TT plus the first three rounds of BSB, the crew are starting to get very excited about the future. Even after what could be deemed a disappointing result at round three of BSB at Snetterton two weeks ago, we’re all full of hunger to prove the positives.

Rispoli was competitive at Snetterton but pushing a bike that is clearly struggling on power. The AMA Champion pushed just too much in the second race and suffered a huge crash, thankfully unscathed.

“The chassis set-up was so good!” Said the Monster Energy athlete who clearly has put the negatives of round 3 in the past.

“Literally the best I’ve ridden so far. So we think we can have a good result here at Knockhill, but it will be difficult, we will need to focus and attack right from from Free Practice 1.” 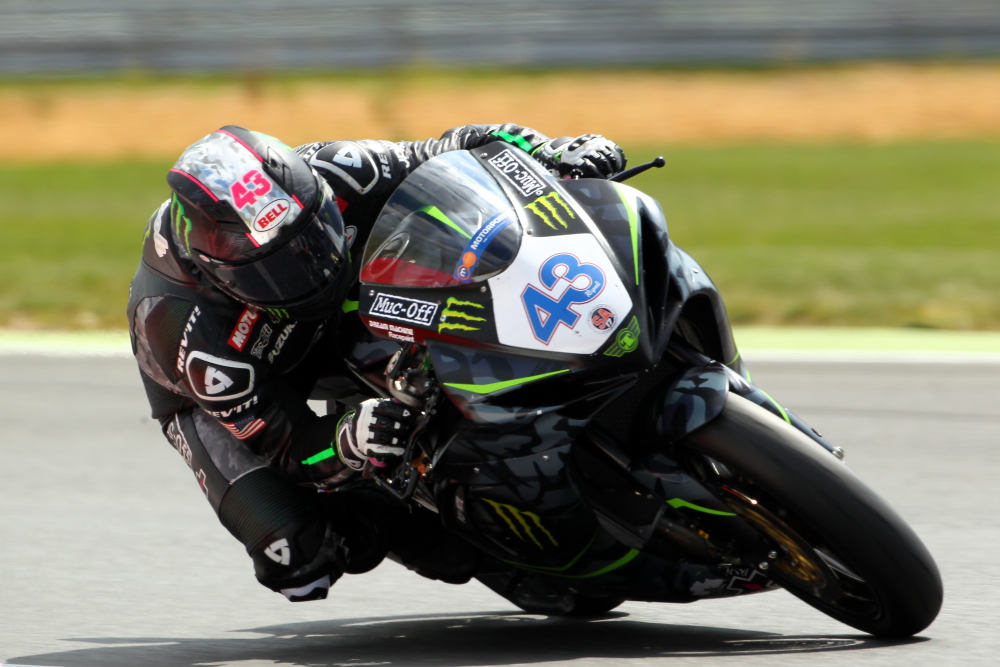 The interest from fans of this team has been something of a revelation. Clearly Team Traction Control’s attitude and energy is buzzing, it’s a long season and there are still a lot of points to chase and having this immense support from the fans is making the team even more determined to get the results racked up.

Steve Mercer will be missing from this round, Team Principal Paul Bolwell explained “Steve’s had a really packed schedule of racing over the last 6 weeks and coming back from the TT to Snetterton a couple of weeks ago was a challenge, the bike wasn’t right, the power wasn’t there and ultimately Steve didn’t enjoy it - so following some lengthy conversations amongst us all, we decided it was best to have a weekend off from the racing, allowing us the chance to reassess the situation and ensure we can get Steve back out on a bike and enjoying racing again shortly.”