After his strong debut season, it has been agreed to allow Steve Mercer to finish his time with Team Traction Control early so that that he can move on to a new adventure for the remainder of this season and into the next.

Steve has been a great asset to TTC, his riding has been super consistent, and his commitment both to the team and to his own fitness have been top class and highly professional. But sadly, his season has been blighted with a string of frustrating issues and some bad luck.

Mercer was looking good for top 10 places at the TT and top 5 places at the Ulster GP. Had it not been for mechanicals, red flags and other riders crashing, there is no doubt that he would have achieved his personal targets for the season.

While we’ve had some disappointments this year, there have been a number of positives for Steve and TTC with podiums in BSB Supersport EVO races, three Silver Lady TT Trophies, top 10 finishes at the Ulster GP and joining their exclusive 130mph club. His professionalism and balls-out commitment meant he earned every single one! 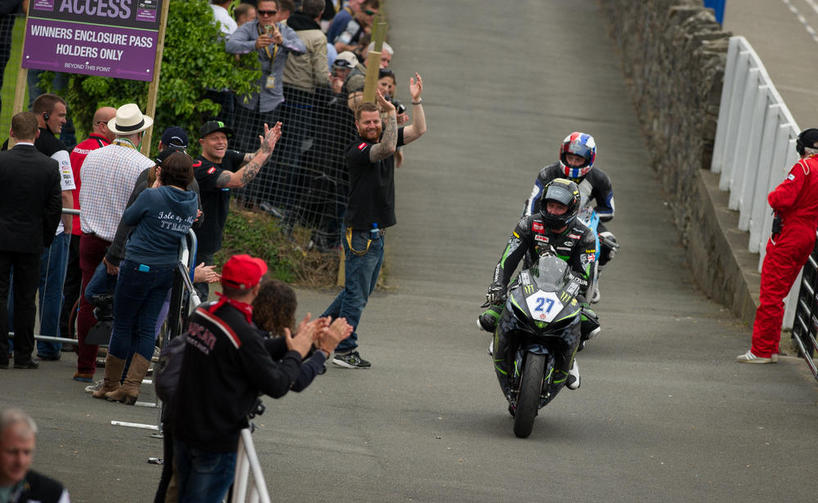 “Firstly I’d like to say say a massive thank you to Keith, Paul and the team. I was with the team right from the start of the venture and it’s been a great experience. We came very close to getting some really strong results on the roads… but we did get our fair share of bad luck,” says Steve.

“I’ve had some mega highs and some great memories that I’ll never forget. I’ve also done my fastest ever times round the Isle of Man TT 127.78mph, on board the TTC bikes. I’ve learnt so much from the team and feel very confident and determined as a person and as a rider.”

Since the Ulster GP Steve and TTC have been chatting regularly about the team’s plans for next year and his own intentions. He has been offered a ride at the Le Mans 24h Endurance race and at the Macau GP with another team and so it made sense for all concerned to allow Steve the freedom to go and discuss his racing future elsewhere. The outcome of this was an agreement to terminate Steve’s contract.

“It’s a really hard thing for me to be leaving a team that I felt a big part of and that have become part of my family,” says Steve.

“I’ll always be hoping for every success for Team Traction Control and will always be great friends. Thanks for the memories guys – roll on TT 2015!”

Steve remains a close friend to Keith, Paul and all concerned at TTC and we wish him the very best for the future. Here’s to Mercer for all the great racing and the equally great banter – thank you!