The weather was always going to be a big issue at this race with forecasts showing that a lot of rain was incoming – so the boys at TTC were ready for the storm. However things didn’t go to plan in early practice on Friday when James Rispoli took a tumble, meaning valuable set-up time was lost.

“Yeah we had a bit of a rough time on Friday and Saturday. That small off on Friday practice meant we needed to use qualifying and race one to get the bike set up better from Thruxton,” said Rispoli.

Dialling in the settings

So Saturday’s qualifying turned into a fast and furious test session for the young American. It would see him take to the pits a number of times to allow the crew to make changes to the set-up. The session ending with a grid position of 12th but aboard an R6 Yamaha that was feeling just a bit sweeter than it had the day before. 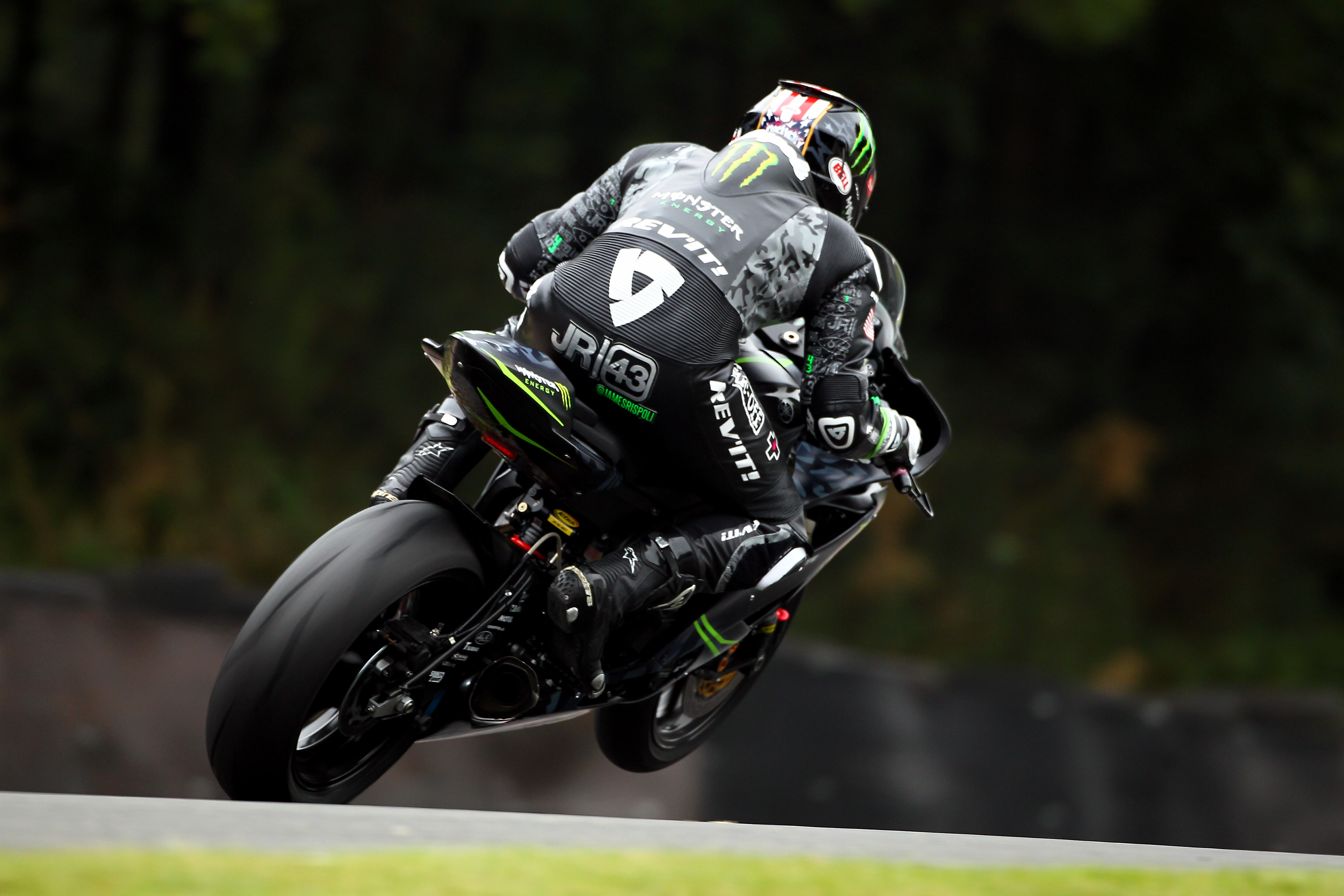 The sprint race would see the tough event continue for TTC as James ran off the track early in the short race, dropping from 12th to 16th. That result would have spelled disaster for the hard working team but Rispoli battled his way through the crowd and managed to work through to 9th place by the finish – an awesome recovery that had James feeling much more confident about Sunday’s feature race.

“That sprint race was a battle but I think we did well to get that result,” said Rispoli.

“With some changes still to make in Sunday’s warm-up session I’m feeling pretty good about having a great set-up for the 18-lap race. We have been moving in the right direction all weekend.”

Pushing hard through the rain

The weather would prove to be a very demanding test for all riders in this round of the Motorpoint British Supersport Championship with torrential rain at times. The changeable conditions made tyre choice and settings especially difficult for all the teams, Sunday’s feature race itself starting with the riders touring round for four laps behind safety car in horribly wet conditions. As the car pulled off and the racing got under way, Rispoli charged forward. Immediately pulling past riders from his 12th place starting position. Riding on wet tyres on a now drying track was everyone’s worst nightmare but Rispoli pushed hard and finished in a fantastic 6th place overall.